DocPoint – Helsinki Documentary Film Festival has awarded the best new documentaries. Susanna Helke’s Ruthless Times– Songs of Care won the National Competition. Ruslan Fedotov’s Where Are We Headed won the International Competition. The films are available through DocPoint’s website until 6th of February 2022.

Finland’s biggest documentary film festival DocPoint awarded the best documentaries of the year and their makers in Helsinki on Saturday 5th of February.

The best national and international film were awarded in DocPoint’s competitions with DocPoint-Yle -award, which is worth 5 000 euros. In addition, the jury made up filled with respectable professionals of the film industry, gave special mentions one film in each competition. The audience voted for their favourite film in The Audience Ballot financed by The Documentary Guild.

The winner of DocPoint’s National Competition was Susanna Helke’s film RUTHLESS TIMES – SONGS OF CARE. The darkly humours film explores the state of Finnish public care where the employees try to survive in conditions where efficiency and profits have become the most important values. The film was produced by Road Movies Oy.

The international jury appreciated the creativity of the film’s direction and the way it dwelled deep into humanity. The challenges in public care are not only issues in Finnish society, but the problems related to the aging population apply to the whole world.

”This is such a great honour that it makes my organs tremble! To think that such professional international jury has received the film like this is astonishing. I wondered beforehand, how this film appeals to those who are not from Finland. How do we take care of every member of the society, how do we carry the responsibility? I am extremely happy that these themes opened up to the international jury as well” Rejoices Susanna Helke.

Ruthless Times – Songs of Care also won the audience ballot. All the new Finnish feature films took part in the audience favourite competition. The film was awarded with an award worth thousand euros, which was financed by The Documentary Guild. 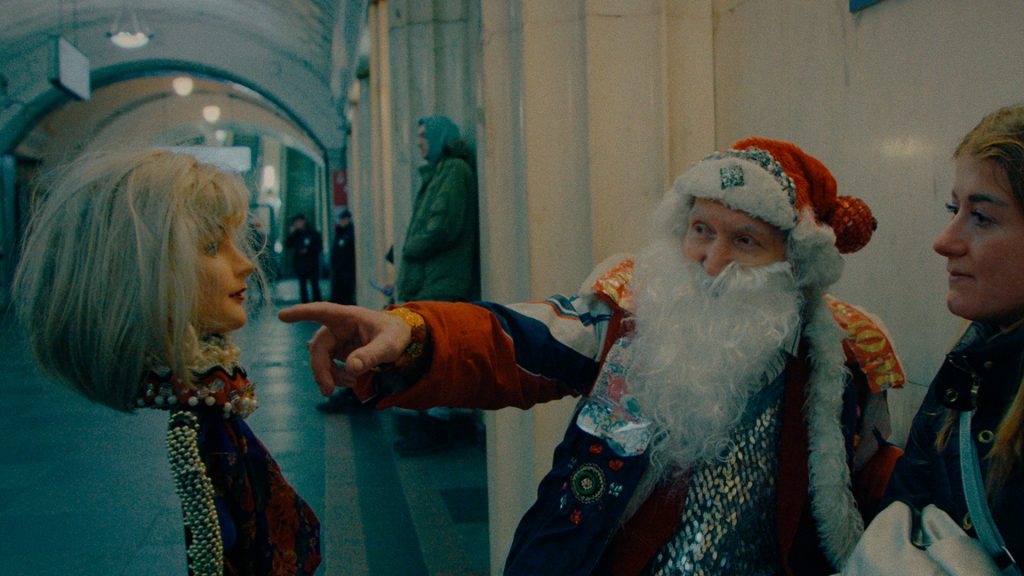 The winner of the International Competition comes from Moscow’s metro

The jury was impressed by how the film formed a colourful portrait of the Russian society. Ruslan Fedotov’s film forces us to wonder over again and again: “where are they headed?” – not just about the journey of individual travelers passing through Moscow’s largest underground metro, but also as a political question, about Russia itself. The jury was thankful for the high quality of the competition and the various topics and ways to approach them.

DocPoint is up and running. The festival will continue until Sunday 6th of February. The films are available throughout Finland through DocPoint’s website.

Picture from the award ceremony by Tanja Ryhänen.

Manage Cookie Consent
To provide the best experiences, we use technologies like cookies to store and/or access device information. Consenting to these technologies will allow us to process data such as anonymous browsing behavior or unique IDs on this site. Not consenting or withdrawing consent, may adversely affect certain features and functions.
Manage options Manage services Manage vendors Read more about these purposes
View preferences
{title} {title} {title}